Zend Framework recently has been upgraded to version 3. Zend Framework basically is a compilation of PHP packages that help in building the web applications. According to Zend, the latest version provides with an impressive increase in the performance and a micro framework for the middleware development.

Version 3 works much better with PHP 5 as it performance calculated is four times faster and on the other hand it performs much more efficiently with PHP 7. One of the key features of Zend Framework 3 is the support it has for PHP 7. 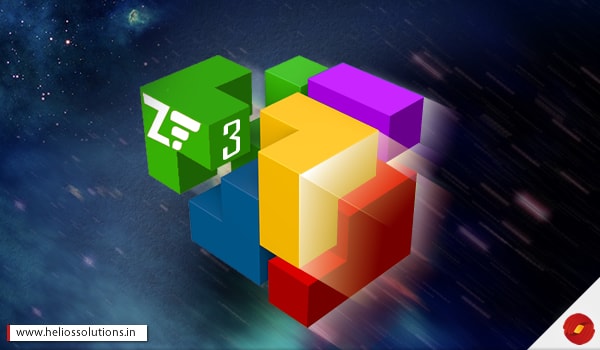 Version 3 is available to download as it has been the first big release of the framework in the time span of four years.  Now, according to Zend, the open source framework feature package has been installed for more than 59 million times.

The other key highlight of the upgrade is the addition of Expressive middleware microframework. The Expressive run time can be used by the developers, for them to build the interfaces for routing and templating.

O’Phinney (A PHP developer and framework architect) said and I quote, “Yes, you read that correctly: Zend Framework now ships with a microframework as a parallel offering to its MVC full-stack framework.” He further added, “For users new to Zend Framework who are looking for a place to dive in, we recommend Expressive, as we feel PSR-7 (PHP Standards Recommendation) middleware represents the future of PHP application development.”

Now, for the Model View Controller (MVC), Zend is now including a newer version of Zend skeleton application, which takes the advantage of Zend MVC layer and module systems.  Version 3 also offers improvements to the documentations de-coupling.  On this, O’Phinney said, “In some cases, this has meant the creation of new packages that either split concerns or provide integration between multiple components.” The deployment of the documentation will now also be automated. Then, very soon Zend Development Experts will be able to improve their development process in Zend framework. This automation will also lead to faster development.

O’Phinney also added, “For newcomers to the framework, we have been working on our package architecture and attempting to make each package installable with a minimal amount of dependencies.” From now on, all the components will be developed independently, with their own release of the schedules.

Zend-diactoros is also one of the added features the upgrade includes. Zend-diactoros basically is an HTTP messaging implementation. More importantly, Zend has also included a forward compatibility feature that would make the migration easy from Zend Framework 2 to the version 3.

According to O’Phinney, Zend is putting an end to the development of Zend Framework 1 as now the Zend Framework 3 has arrived.  The Version 1 will reach its end status on September 28th and during this period of time, only security fixes shall be provided.

Why is it Critical to Run Your Website on an Upgraded Version of PHP?

Things that you need to avoid doing in PHP 7

Things that you need to avoid doing in PHP 7