When it comes to high traffic websites, large enterprise applications and web applications, there is no doubt that AngularJS is one of the most pervasive technologies. Developers and programmers are very pleased with the evolving technology by Google.

Angular is well known for its intuitive design and simplicity that offers great convenience in the development process. Also, the framework is popular among Web Application Development and AngularJS Development Agencies and thus backed by a huge community of developers. So looking for solutions at any stage of development becomes easier. 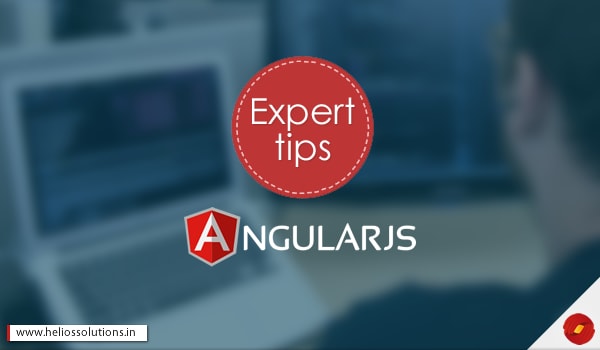 However, Angular Development has many repercussions in the overall development scenario. There are few aspects that you need to be very careful while working with Angular framework. Here are few of the tips of AngularJS Development Specialist at Helios Solutions.

Make sure you define one component for one file.  And in every component, stick to less than 400 lines of code. The strategy of one component for one file makes your code reader friendly. This way you can maintain your code easily and also avoid collisions with source control solutions platforms. Having singular components helps in knowing hidden bugs that arise while combining components in a file. If you avoid these hidden bugs than chances are they may share variables, create unwanted closures or even form unwanted coupling with dependencies.

Maintaining files and folders for components can be a handful task. The naming can depend on various factors but consistency must be given importance. It is always recommended to follow pattern in naming the components that describes the type, for example feature.type.js.

See Also : Drupal And AngularJS: A Technological Alliance Between Frontend And Backend!

In the above mentioned rules, we have already talked about how to keep the components. Now, lets see how these files should be properly laid out. So wrapping up in AngularJS needs to done carefully. For this, you can wrap the entire file in an IIFE. This will ensure that the variable and the function declarations do not exist longer than expected. Also, the naming collisions with other libraries will be avoided. It will allow the Angular Development Experts to make most of ‘use strict’ declaration without affecting the third party components.

As our Angular Developers suggest, we suggest that data calls must be kept in the factory instead of the controller. Also, keep the logic used for data operation and interacting of data in the data service. It is better to contain in an Angular factory than in an Angular controller. It is always good to store the data services like XHR calls, local storage, stashed data in the Angular Controller, as the controller is meant for the presentation and collection of information from the HTML doc. This shall keep your code simplified and will come in handy to conduct unit-tests too.

Use Minification Safe for Writing Components

Minification always helps in handling more requests and when the user load is more on the web application. So practicing minification will be always useful. To correctly minify the code, use the shortcut syntax for declaring dependencies.

Stick to these rules of development in Angular framework and do wonders as AngularJS Experts. We are an AngularJS Web Development Company situated in Europe, USA and India. We are working towards improving solutions with AngularJS framework. If you have any queries related to this framework, you can always write to us. Thank you for reading. We will be coming with yet another part of good practices in AngularJS development. So stay tuned until then for more in web application development.

Effective Tips to Enhance Your Website Performance[Infographic] by Helios

Get Google AMP for Website & See It Doing Wonders!