When Apple announced Swift 2.0 it grabbed a lot of attention from the Developers Community and a sigh of relief for it to be an Open Source. When Microsoft came up with .Net Core, a cross platform that can support Linux, OSX and FreeBSD (as off now), they had certainly made their move to lure developers to join their Windows ecosystem. 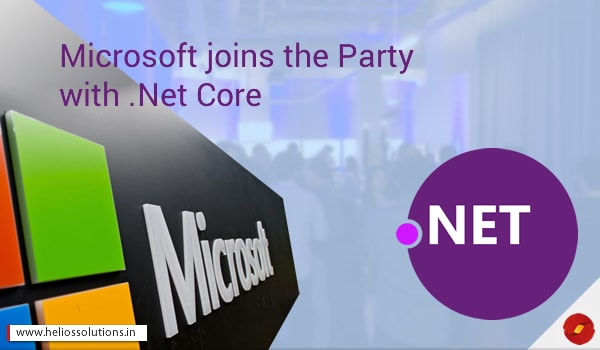 A statement by Microsoft was given explaining that “.Net core is a modular version of the .Net Framework that is designed to be portable across platforms”

.Net Foundation blog (Promote Open Source Technologies) has new generation of tools for developers to manage common work flow while using the same .Net code across multiple platforms devices and runtimes. Protobuild is their new tool. With that being said, developers are investing themselves more and not neglecting the fact that .Net Core is a platform for them to use. And with tools like Protobuild, likewise developers will make the best use of .Net Core.

With tools at hand, Microsoft has its own service that supports cross platform, namely Microsoft Azure previously known as Windows Azure. Azure is Microsoft’s cloud computing platform. What it mainly does, that it provides range of cloud services including analytics, storage and networking, by that developers can chose the given services to develop new applications or bring changes to their  existing applications as well. With that being said non-windows based developers can gather their interest in .Net Core

Microsoft is stretching their muscles to share code between desktop, mobile and server applications.  They did clearly make a statement, when they bought Xamarin. Xamarin an open source developer community had worked before with Microsoft but buying it did change the game for Microsoft. Merging .xproj/project.json and also csproj into single project system based upon MSBuild, Microsoft is making things easier with projects across application models.

“.Net Core might not get the adoption to continue” as stated by THENEWSTRACK, further they added “The real question in knowing, will be of .Net Core being mature enough to be used for an app or library or even Framework.” Microsoft can be seen showing the transparency and the level of commitment on feedbacks about .Net, which clearly states that they are ready to compete with other cross-platforms.

And lastly Tool Chain that have seen hurdles lately was build to support native console application development in .Net Core. Tool chain has a smaller memory footprint and allows applications to run 60% faster but rework is been done lately by Microsoft to improve its core functionality.

So for the Developers who seek to build their apps that are cross-platform based, Microsoft surely has .Net Core which cannot be ignored and with the willingness of being transparent and welcoming feedbacks, they have hit the right chords.

We have a team of Developers who are highly skilled and deliver a consistent performance when it comes to working with Microsoft .Net Technology and here at Helios Solutions we offer the best service to our customer base. Our team of ASP.NET Development Specialists work with disciplinary dedication for many business solutions using .Net Framework. Write to us if you have any queries and we will help you resolve them.