Well, it is quite obvious now that IoT will integrate the world and surely it’s working in the virtual space, but it falls under developers’ shelter to wield them completely to make this even possible. These days, there are many IoT developers who are rooting for the open source platforms for the new technological development, But yet again the question about the security comes up and the ways to handle it. 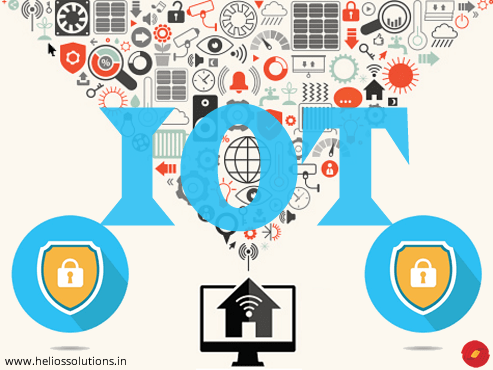 According to the reports given by 10th Edition Developer Economics Survey (Q1 2014), there are about 91% of the IoT developers that prefer using the open source technology and also consider it to be the prime aspect of developing the IoT technologies. The report also suggest that it surveyed 3,700 Developers Worldwide, and in that, it was clearly stated that 9 out of 10 developers prefer using open sources in the development process and 6 out of 10 try and contribute to the open source projects in only one part of the stack. Now, for many of the IoT developers, to use open source is more of an ideological matter that tends to promote the better business practices.

The Prime Benefit of Open Source in IoT

Now, the enormous developers forum that tends to contributes towards making the technology better and better every day, is considered to be one of the main benefit of the open source technologies. This keeps the technology well updated and any issues or even loopholes found are addressed at a much faster pace with new methodologies, which are simple as well as decently well advanced. This eventually allows the developers to learn new skills rapidly and with their contributions they are able to market themselves in a better manner.

Apple on its recent keynote showcased the Smart Home application on iOS 10, and it was revealed that it shall work only with a few of the third party applications. For example if the lighting system in the user’s house isn’t compatible then they are likely to miss out on the experience the Smart Home app promises to deliver. Guidelines offered by Website Development Experts can be of great help as well.

Basically the inter connectivity that comes via the basic on/off and access command is more than necessary. The majority of the devices that are available in the market should also fall under the shelter of the accessible devices. Best thing to do is to have a common gateway where all the sensors as well as the other devices are well connected, so that they will run on the same protocol.

It is important to have the development in a more secured environment where on-going safety updates are being pushed to the technology itself. Regulators are already working with the single-minded effort towards creating new rules for the new system that arises with IoT. Some rules pertain to effectively locking down firmware on IoT devices so that they cannot be altered; this is however not considered full proof. Yet, there will be regulations to ensure impose software controls to make them safe.

Top Factors to consider when hiring a Web Development Company