Year 2015 brings you ‘AURELIA’ – a next generation framework that is unlike any other technology available today. This makes the JavaScript World so much better.  Angular JS is one of the most used technologies for development in Java Script; what is making noise among the developers communities is  Aurelia technology that lets you build brilliant applications but also enjoy the process of coding, scripting while development.  It may be the most forward-thinking framework in today’s time. 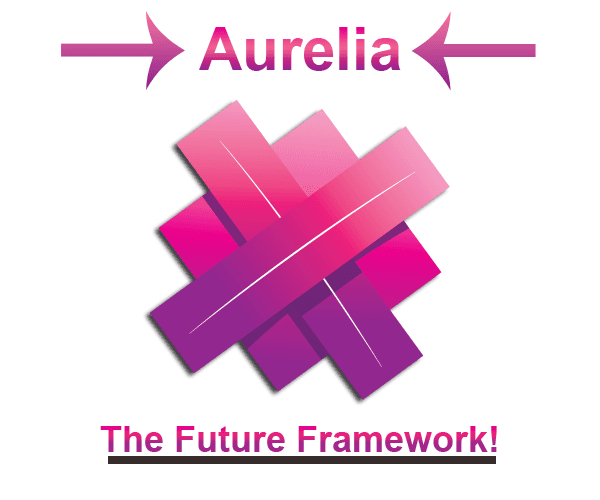 Aurelia is not any other framework but a product of Durandal Inc. A Delware Corp dedicated to creation of web application with useful libraries and brilliant frameworks. It is an open source development framework which is available free of cost for development. It is designed to be pluggable and customizable. It is written in ES2016.

They have a Long-Term vision

What is so special about AURELIA?

Aurelia has started to become the preferred framework by developers where it stands in competition with Angular JS. The perks with Aurelia are that it integrates with web components with no external dependencies except poly-fills. It leverages on technology of the future but works for today’s development on mobile, desktops and browser environments.

It is written with vanilla ES6 and ES7. Although it is transpiled and polyfiled to work for today’s Evergreen Browsers (http://eisenbergeffect.bluespire.com/evergreen-browsers/ ). The code is highly module oriented and the libraries are very composed and simple.

This allows several fundamental advantages that use situations that may not be accommodated by other frameworks.

The Aurelia APIs are designed to be compatible with modern scripting languages like TypeScript, CoffeeScript and AtScript which are immensely being used by developers globally. It uses simple conventions to eliminate boiler plate code where you can write your own conventions or override case-by-case. A core feature of Aurelia allows dynamic User Interface (UI) by composing models, view-models based on runtime data. So integration of Aurelia APIs results in convenient software application development.

Adding to its robust features, Aurelia leverages on extensible HTML compiler to customize your markup language. It comes with three most amazing categories of extensions to start with, but there are many more to explore, take a look what these three categories have to offer –

With this, one can create new mechanisms for template User Interface through the extension. It is a class that is be used create UI and inject into the DOM.

By using this category of extension, developers are availed with re-usable elements for creation of a class and simple metadata. If basic conventions are written, the process will be very fluid. One can simplify element’s view and view-model for maintenance, testing and developing. It comes with optionally leverage Shadow DOM and content selectors with native support and performance contingency.

Hearing this name, we do not have to think twice. Aurelia comes with an advance client-side router, based on Durandal 2.x’s router which is enhance with support for child routers. Also, it is enabled with improved screen activation feature.  It is considered as the advanced version of Durandal but only with improvements and extended capability. It is availed with direct migration path for Durandal 2.x users as well as Angular 1 and 2 users.

What is even amazing? It has been only 9 months since its release and the framework is being adopted by every kind of business globally. Industries like healthcare, insurance, finance have already adapted this framework to develop applications. Aurelia is gaining popularity even with developer tools, Line of Businesses and gaming industries.

Aurelia Beta Week has started. The JavaScript Client Framework has reached its Beta Stage and will be launching with libraries. The framework is backed by a huge community of developers who are making real applications with it and pushing plug-ins. Check out the pre-beta release: http://blog.durandal.io/2015/11/10/aurelia-pre-beta-release/

We are Helios, IT Outsourcing Company in India. We have an exclusive Aurelia Framework team of developers on board who are wish to share their thoughts through this blog –

“Aurelia offers another angle as a modular framework since its introduction in JavaScript framework that enables customization and accommodation of the latest ECMAScript techJavaScript. As it is modularized and composed of small libraries, it is extremely convenient to build with. We as developers can use the entire framework to build application and use traditional libraries to build websites. It avails libraries on the server with Node.JS or even building of custom frameworks which is the added advantage. For the record, we have fun in the process of building an application with Aurelia. It is highly recommended”.

If you are thinking of Aurelia technology development and Outsourcing Mobile Application India, then get it touch with our project manager who will be taking care of your project from the scratch. With Helios, you will be rest assured that your development is in good hands.

Single Page Application works in ‘need of the hour’