HomeTechnologiesARIs the future Augmented or Virtual?

Be it Augmented Reality or Virtual Reality, the technology for transforming how we view the world or how we interact with the world, how we learn about the world and how we communicate with each other is certainly on a course of bringing a kind of an evolution in the world of technology.

We have often asked ourselves that, what really separates AR and VR from one another. Both surely have earned a lot of attention these days and the path they have laid for the future seems to be quite promising after all. Again, what really is the difference between Augmented Reality and Virtual Reality? Let us find out.

So, what is Virtual Reality? 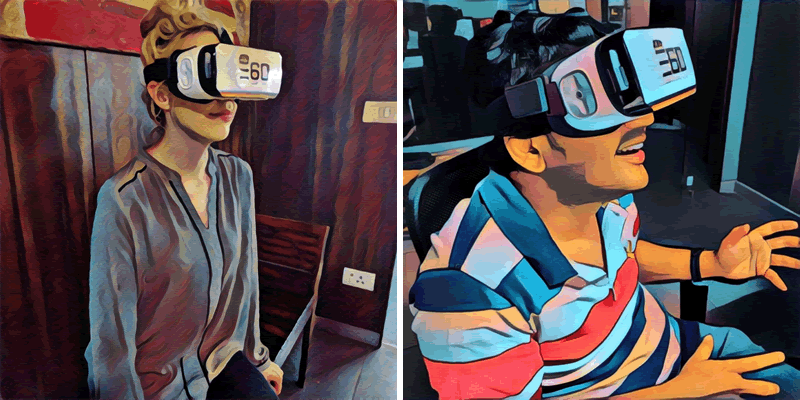 In a simpler terminology, VR basically is a computer-generated simulation. What it does is it allows the users to feel like they are experiencing stimulated reality, precisely by stimulating their own vision and hearing. At some point of time, we want to escape the reality and VR exactly does that, helps you escape the reality to experience something beautiful.

So, basically VR is achieved by wearing Gadgets like HTC Vive or Facebook’s Oculus, and more importantly it is used apparently in two different ways:

Now, how is virtual reality even possible? Well, a coding language known as Virtual Reality Modeling Language (VRML) makes VR possible. VRML is used to build series of images and also specifies the types of interaction that can be achieved with it.

The next contender, Augmented Reality 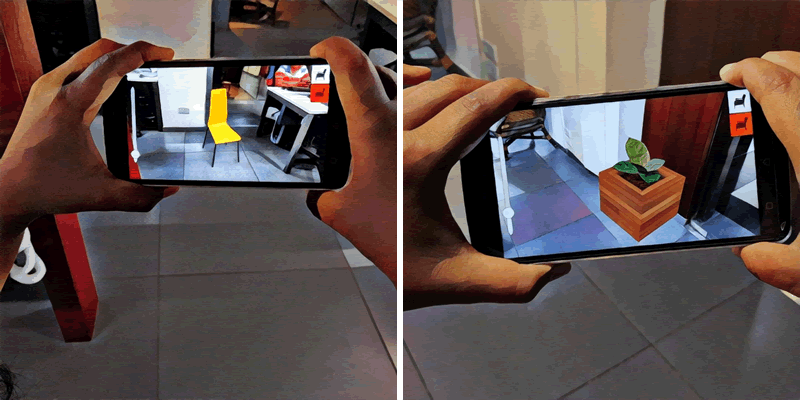 Basically what Augmented Reality means is, a technology that superimposes a computer-generated image on a user’s view of the real world, thus providing a composite view. It is important to note that; AR is developed into applications and used on the mobile devices, so that it could blend the digital components into the real world.

Augmented Reality and its mainstream showdown are happening. We can see it nowadays how score overlays are displayed on the telecasted certain sports game and also the pop 3D emails, pictures or even the text messages on the smartphones.

Now, let us discuss about the Hot Topic over here which is, Augmented Reality Vs Virtual Reality.

Augmented reality and Virtual reality are nothing but inverse reflections of one another and both the technology tends to deliver their respective users with an exceptional experience. It is important to understand that Virtual reality provides you with a digital recreation of a real life environment, while on the other hand augmented reality delivers the virtual elements as an overlay to the real life environment.

What makes AR and VR similar?

Augmented and virtual realities both take the advantage of some of the similar types of technology, and both the technologies serve the purpose of giving the users a rich and enhanced experience.

Both of these technologies enable the experiences that tend to serve entertainment. Today leading tech companies are quite heavily investing and developing new variations, improvements, and are releasing more number of apps that would make the best use of these technologies. This surely brings out new artificial worlds that users can interact with and an even deeper interaction with our real world is also possible now.

In the field of Science and Medicine

So, what really makes AR and VR different?

The Delivery Method of Augmented Reality

What augmented reality does is that it enhances the overall experiences by simply adding virtual components such as digital pictures, graphics. In a nutshell, virtual reality creates its own reality which is completely generated as well as driven through computer.

The use of AR is mostly in mobile devices like, high-end laptops or desktops, smartphones, and tablets simply to change, how the real and digital world interact with each other.

The Delivery Method of Virtual Reality

A user can experience Virtual Reality with the help of a head-mounted controller. The equipment would help the users to connect to the virtual reality, which in result would allow them to take control and navigate their certain actions in an environment which is meant to stimulate the real world. Mobile App Development Experts have also targeted the VR centric apps to flourish well among the consumers.

With that being said, both these technologies are opening new worlds where users can interact with digital media and with deep layer of customization also can interact with it. So fasten your seat belts and dive into different worlds created by AR and VR.

We are into making Augmented Reality Apps. If you are willing to make an AR app for your business, Helios can be your partner. Our developers are highly skilled and believe in the philosophy of delivering only satisfactory results to our clients.

Want to See Your Wild Imaginations Come to life? With Apple ARKit You Can!

Artificial Intelligence Contributing to the Society

How Virtual Reality and WordPress are Powering the Future of Web Design?

All about Virtual Reality (Infographic) by Helios

Microsoft is All Set to Showcase VR on Windows Platform