HomeTechnologiesEnterprise TechnologiesAre you ready to experience the power of two: Xamarin and Microsoft?

If you have not heard yet, Microsoft has announced its pact with Xamarin, a mobile software development specialist, and is going to acquire Xamarin and its mobile app development platform. Their working together is not new since their combined efforts have produced Visual Studio, Microsoft Azure, Office 365 and Microsoft’s Enterprise Mobility Suite through Xamarin integration. 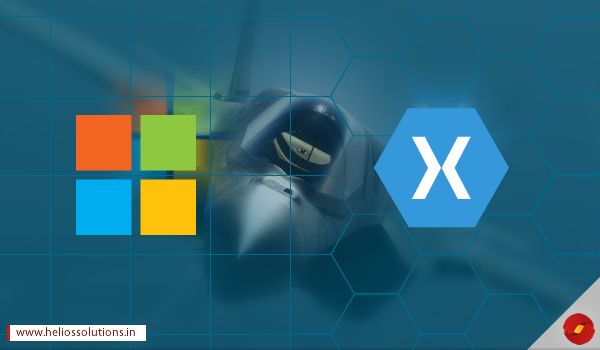 More information about this partnership will be unveiled later on March 30 – April 1, 2016 in San Francisco and at Xamarin Evolve.

Microsoft had already showed its interest in buying Xamarin before and had announced its expanded partnership in November, 2014. But now the latest news has confirmed the acquisition.

The story of Microsoft’s position in the market

Microsoft bears a great credit for being a successful and innovative development solutions company in the app market. But the success story of Microsoft as a company has shifted a little off its leading spot.

When it comes to Desktop OS and relevant solutions, Microsoft still rules like a king with a 91% marketshare (Net Applications reveals). This sounds like a phenomenal number as far as Desktops/laptops are considered.

But today the scenario has changed with more and more users are adopting mobile-first trend. Microsoft has lost its charm and leverage as number of people using PC is going down and Smartphone sales are soaring high and Microsoft is only shipping 3% of these Smartphones.

Microsoft: What is the pain in paradise?

Is Microsoft aging fast? The answer to this question may appear a little vague but it is no less intriguing. Surely, Microsoft is the world’s third most valuable company on the planet sitting on the whopping $90 billion cash pile. In its almost 40 years of journey, ever since its inception, Microsoft has been on the top gear for launching awesome updates and innovations that turned the web and mobile development process around.

The main pain point of Microsoft mobile devices is the limited availability of usable apps with longer lifetime value. As a result, there are a small number of users interested in using Windows-based devices. This fact is enough to dismay developers to the point where they would not be able to look forward to building mobile apps on Windows platform. Since there is not considerable demand in app market, Window applications developers won’t be driven to make apps for Microsoft devices.

Xamarin is basically a cross-platform mobile development tool. It has been popular for its ability to allow mobile developers to develop mobile apps across all different platforms like Android, iOS and Windows.  The best part about Xamarin is that developers can use traditional Microsoft technologies like C# and .NET.

The history of Xamarin mobile development has been glorious so far. The customers using Xamarin development tool exceed 15,000 among which more than 100 companies are tagged Fortune 500.

To our surprise, more than 1.3 million skilled developers have experienced the power of Xamarin’s development services.

Top enterprise companies that use Xamarin’s tool are:

Business value for both: Microsoft and Xamarin

Microsoft and Xamarin have been working together for quite a long time. But development services offered by Xamarin were never exclusive for Microsoft and were always open to be used by other developers working on various platforms. There has always been a hint around in the market about Microsoft thinking to acquire Xamarin. So now that eventually they are prepared to shake their hands together, the acquisition will hopefully be more fruitful especially to Microsoft (who has been seemingly in blues for sometime).

The future prospects suggest that this exciting decision of Microsoft might become much more exciting from every perspective later. Xamarin acquisition might prove to be an excellent decision for both of them. But from the business angle, the value of Xamarin’s intervention depends on what sort of merits it can serve in the end.

Xamarin poses as a grand solution for Microsoft

What makes Xamarin a unique and most preferred mobile app development platform is that it allows developers to build mobile apps using C#. Combining its ability with Visual Studio, developers can create native mobile app experiences on iOS, Android, and Windows devices.

The biggest advantage Xamarin gives to developers is that it enables developers to use .NET to build mobile apps and use C# to write API provided by the device platform. This kind of cross-platform development facility allows developers to share common app code across different OS.

Since the cross platform app development is possible with the grand introduction of Xamarin tool, Microsoft developers don’t need to bother to learn any other programming language to develop app. This approach can take care of the major pain of Microsoft applications and app store, solving the problem of app-draught in their app store.

What are the bigheads saying about this enormous deal?

Microsoft says, “With today’s acquisition announcement we will be taking this work much further to make our world class developer tools and services even better with deeper integration and enable seamless mobile app development experiences. The combination of Xamarin, Visual Studio, Visual Studio Team Services, and Azure delivers a complete mobile app dev solution that provides everything a developer needs to develop, test, deliver and instrument mobile apps for every device. We are really excited to see what you build with it.”

“One of the weaker parts of Microsoft’s mobile-first strategy was making it easy for developers to build cross-platform apps, and with the acquisition of Xamarin, Microsoft has shown that it is trying bring value to developers, irrespective of mobile OS platform they are building apps on,” Sridhar added.

Chief executive officer Satya Nadella has enthusiastically mentioned that the company will support all types of mobile devices, including those that do not run its operating systems.

Conclusion: Gambling more about the success of this powerful acquisition will be more like getting confident about something before the time has the actual answer to all the questions we have in mind for this hopeful deal. But looking at the anticipated benefits that this deal would bring about for the developers and mobile app development companies in future thrill us to the extent of delight.

We constantly keep watch on innovative updates and stay up-to-date with latest IT solutions. In order to make sure your mobile app is tested, monitored and equipped with latest features, you need to collaborate with expert mobile app developers. We have a whole working team of Android developers, .NET development specialists and cloud experts. Talk to them for discussing every detail of your project requirements.

Why have a Demo Video for your mobile application?

How mobile applications are helping the education sector?