Every hand that functions has a mobile phone to use and explore it more like a Pandora’s box, where anything can be seen, analyzed and put to a better use. Now phones won’t run like a charm unless there are apps built in it for every human with his/her choice of preferences to explore. Mobile apps are growing insanely because the use of smartphones is ridiculously rapid. Mobile App Developers build their apps, so that the world can know they are here to help them and solve their common or clichéd problems. But not every developer is a Billionaire but they might hit the jackpot if they chose the right apps to build for the masses. 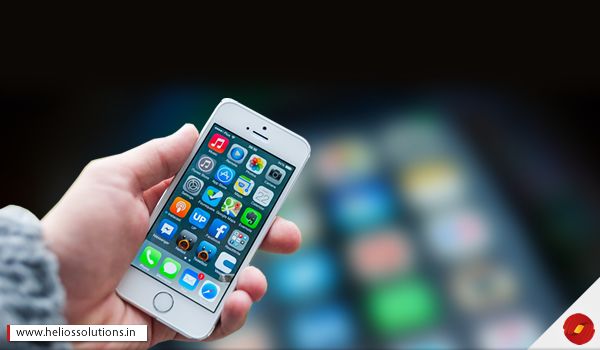 Now for every purpose be it personal or professional there is an app ready and over the years we have seen apps that provide Gaming or say Social Networking or simply Dating apps have been used and overused in recent times.

Now for any developer, the first and the foremost step is to choose a platform on which they desire to build their app. Platforms like Google’s Android, Apples iOS or even windows, offer different varieties to the developers according to their preferences. As we see today Android has been the preferred platform for vast majority of Developers as it’s an open source, so no limitations lingers. Android thus seems a better choice for both Android App Developers and users enjoying the android mobile apps.

Android has been picked by many manufacturers to build their mobile devices running the latest android software. The thing with Apple here is, it has its own ecosystem and limited number of devices, whereas from small manufacturers to giants like say Samsung they all choose Android to be their preferred choice. Now it is fair to say that building an app for limited devices can managed well and tweaked well compared on vast majority of android phones out there. So it is to be taken under consideration that the apps build support the latest software e.g. App should be compatible with devices running 6.0 Marshmallow or 5.0 lollipop, this helps the app to gather the traffic and secure more number to reach its Pinnacle.

Do Not Complicate It

If the user doesn’t understand what your app can do or what are its basic functions that means something went terribly wrong from your side. The less complicate an app is the more joy a user will find using it. It doesn’t need to be fancy, all it needs to be is user friendly and with more juices to fire it up. If an app is build to add filters to raw images, then the filters should be the first thing to be seen and not fancy menus to open them. A rush might lead into disappointments, it is better to try out public betas first, so that pro and cons can be worked upon.

Nothing comes for free and so does building apps. You have to invest in it, less or may be more. Tools like Xamarin or Phonegap (cross platform) or to name few do help mobile app development experts to build better apps. Money invested more or less does matter because by investing more the cost of the app is increased and vice versa. App market is a sea and your app is just another fish in the sea. You need to see what others are offering, there will be some apps exactly like yours but for free. Free apps have different blueprint, they might earn by ads or even streaming it.

App That Sticks To Its Core

Apps are build with a motive to earn a few coins and  proper strategies are required for a long run. Apps are build with promises and keeping them true to the customer is vital. A free app for now and popping up ads or different distractions later within the app may lead to serious problem. So, sticking to its core is vital and gives you everything you need from the app you made.

An App To Take Care for

A hardware purchased yesterday is totally different from a hardware purchased today. The market keeps pushing new things everyday and matching up to it is the right idea to survive. Apps need to updated quite frequently and over the course of time it need to be more simpler and powerful. If your app is still running on 5.0 when 6.0 is out, a quick update must be done for the new customers buying the latest device or current ones updating to the latest software.

Your Business Needs A Mobile App & Here’s Why