HomeTechnologiesBlockchain6 Blockchain Trends That Will Rule 2019 and Beyond

Over the past few years, blockchain has grown to become one of the most influential technologies that has reshaped almost every industry. In fact, it is said to be the “next big thing” after the Internet. However, there is still way to go before it reaches its full potential. In this blog, we discuss some of the major blockchain trends that we expect to see in 2019 and beyond.

“2018 was a tough year, but we have a longer term outlook for our industry. The builders have been building in 2018, so for 2019, I think we will see a lot of real products and real applications coming into the market.”

Blockchain Technology – What to Expect in 2019?

We are now well into 2019 and increasingly a lot of businesses have now made it a priority to harness the power of blockchain to accomplish their objectives. According to a report from Research and Markets, the world’s leading market research store, the global blockchain market is expected to grow at a CAGR of 42.8% (2018-2023) leading to global revenue of USD 19.9 Billion by 2023.

As the momentum shifts from blockchain exploration to blockchain application development, we explore six blockchain trends to watch out for this year and beyond:

The advent of blockchain technology had much to do with DApps. Although there are many scaling issues with blockchain, platforms like Ethereum have made it possible to build seamless DApps that are driven by state-of-the-art ledger technology. With Ethereum Casper Protocol to the rescue, all the problems related to the DApp development will gradually be eliminated and this year will witness a massive adoption of DApps. 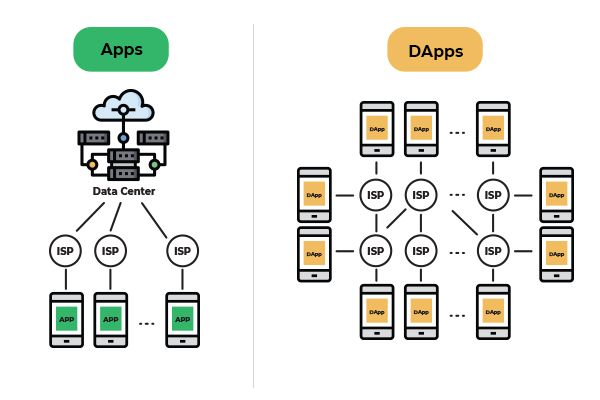 State of the DApps, a not-for-profit curated directory of DApps, lists 2,550+ live DApps across the blockchain ecosystem. Some of the most popular ones are Steemit, My Crypto Heroes, MakerDAO, eSteem, and Basic Attention Token.

2) Businesses will get the most out of hybrid blockchain

In spite of the benefits of decentralization, businesses that operate in highly regulated markets refrain from adopting blockchain. This is because most of the blockchain solutions are unable to accommodate local laws and regulations that tightly control these markets.  Hybrid blockchain solves this by making it possible for highly regulated marketplaces to benefit from decentralization while staying compliant with local laws. To better understand a hybrid blockchain, it is important to know the benefits and limits of the existing types of blockchains – public and private.

This type of blockchain is open for the public and anyone can participate in the maintenance and governance of the shared ledger. No single entity can own the network or can centrally store all the data. Participants are typically rewarded in the form of block rewards for their contributions to the network. However, there are security concerns with public blockchain and so is not suitable for highly regulated markets.

This type of blockchain revolves around the concept of permissions. It is not open for everyone and the rights to read or modify the blockchain are restricted to only a few users. In fact, in a private blockchain, participants are known to each other and proven to be trusted. The key issue with a private blockchain is that it not as decentralized as the public blockchain. This is why private blockchains are not suitable for highly regulated markets.

Last year, cryptocurrency investors became millionaires overnight, only to lose much of their wealth in a matter of weeks. This was mainly because of the highly unreliable nature of crypto assets like bitcoin. 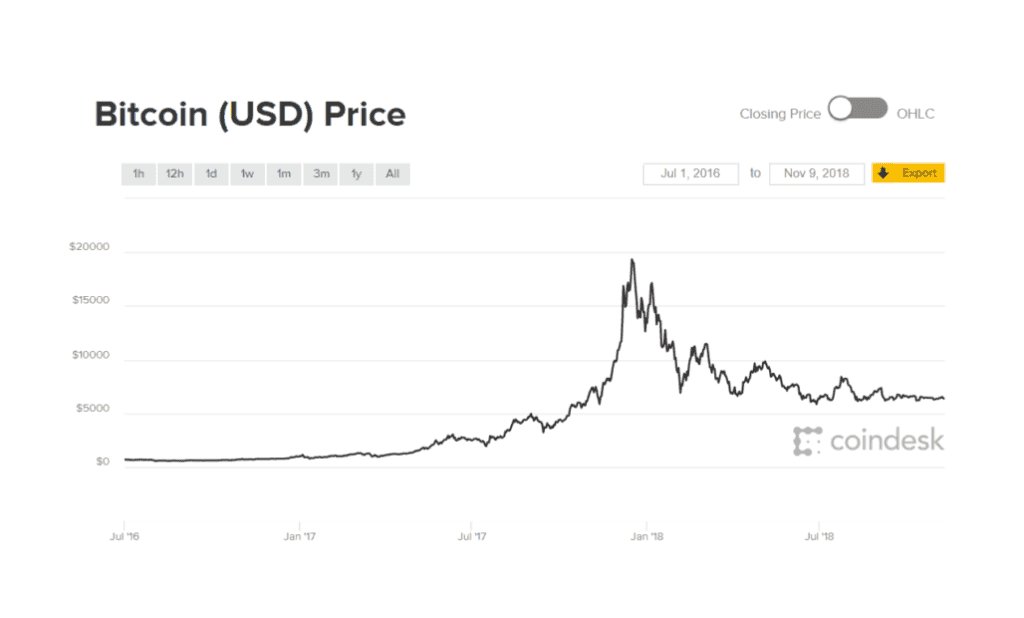 This is where stable coins come into picture.

“Stable coin” is a terminology used to define a type of cryptocurrency that is meant to hold a stable value – The total amount of a stable coin is linked to a real-world asset (in most of the cases it is USD). Some examples include: Tether, Gemini Dollar, USDC, PAX and DAI. The characteristic that separates a stable coin from other cryptocurrencies is that it is not affected by the market condition and remains stable all the time. It provides a simple, yet controversial solution to a major problem related to cryptocurrency: volatility.

Looking to harness the power of blockchain?

Helios helps you explore every aspect of blockchain and build customized solutions.

It is no secret that social media platforms have become a crucial part of today’s society. According to Statista, it is estimated that in 2019 there will be around 2.77 Billion social media users around the globe. 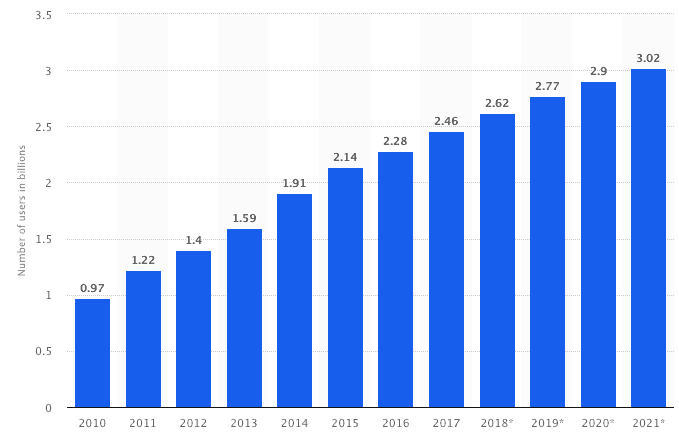 After growing in popularity for more than a decade, last year, social networking industry endured a series of scandals that significantly tarnished its reputation – the “Russia Scandal”, the “Cambridge Analytica” data leak. These scandals prove that social media platforms are not tamper-proof. In fact, they are plagued with issues such as privacy violation, data control, and content relevance.

Blockchain to the Rescue

5) Blockchain will be integrated with IoT and AI to create new, unimaginable solutions

To understand how Internet of Things (IoT), Artificial Intelligence (AI), and blockchain can work as one, let us take the example of a human body:

The integration of IoT, AI, and blockchain can enable organizations maximize the benefits of each of these technologies while minimizing the risks and limitations associated with them. As IoT networks consist of a myriad of connected devices, there are numerous vulnerabilities in the network, leaving it prone to data theft and hacker attacks. To prevent security concerns, AI powered by machine learning can proactively protect against malware and hacker attacks. The security of the network and the data can be further improved by blockchain, which can limit illegal access and modification of the data on the network.

A potential case that demonstrates the integration of IoT, AI, and blockchain is Fujitsu’s algorithm to assess heat stress of workers. The algorithm constantly monitors worker’s physiological data such as activity level, temperature, and pulse using IoT wearable and sensors – when the heat stress levels reach critical proportion then automatically the body sensors detect it. Addition of blockchain ensures prompt insurance. For example, if a worker’s health weakens and the sensor records a high temperature, then the blockchain smart contract would activate the transfer of insurance money from the insurance firm to the worker.

6) STOs will be the future of fundraising

So far in the blockchain space, cryptocurrency projects have been funded by Initial Coin Offerings (ICOs). This revolutionary fundraising mechanism enabled people invest at the ground floor of a new organization or project.

According to ICOdata, world’s biggest and most accurate ICO database, in 2017, there were a total of 875 ICOs that produced over $6 Billion. In 2018, a total of 1,183 ICOs raised over $7 Billion. This shows that ICO is a viable method of crowd funding to bring new technological ideas into reality. However, while ICOs raised a great deal of fund, it also gave birth to a variety of scams and legal concerns.

As explained in the inwara.com study, a Security Token Offering (STO) is: Financial security issued as a digital asset; which generally represent proprietary rights in an underlying company and/or its assets. This is distinctly different from ICOs, which are “utility tokens” or digital tokens giving access to the future product/service of a project with no real right to an asset or equity interest.

An ICO provides tokens that do not give any rights/obligations, but offers access to a specific network, platform or service. In contrast to this, tokens offered in an STO are actual financial securities that are backed by something tangible such as the profits, assets, or revenue of an organization, and they offer legal rights such as voting.

It is obvious that STOs will open the door to a whole new set of opportunities for the blockchain industry. For example, traditional organizations will be able to host their own STOs as more and more traditional assets will become tokenized and move to the blockchain. STOs will prove to be the bridge that the finance industry and the blockchain desperately required to have a point of convergence.

In a nutshell, we can say that blockchain is developing and many organizations visualize a bright future in its implementation. Furthermore, the potential applications of blockchain technology are growing exponentially because of the fact that almost anything involving transactions or digital assets can be placed on a blockchain. When it comes to the future, one thing is for sure… Our online lives will count on blockchain without many of us even being fully aware of it.

How Blockchain is Reshaping the Healthcare Industry?

Blockchain Technology: A Driver and Solution to New Global Infrastructure

Why is Blockchain the new game changer of M-commerce Industry?