HomeUX/UIAngular 2.0 is Finally Ready to be Tamed!

A long awaited release of Angular 2.0 is now unveiled. Our Angular Development Experts had a great time exploring the beta version of Angular 2.0. Among the most preferred technology, Angular JS has emerged to be the comprehensive and convenient technology to develop modern web application and single page applications. It has become developer’s favorite server side and client side technology to enable rich and robust web solutions.

The new version Angular 2.0 was officially released by Google on 14th September, 2016 at the Google HQ meet. Since its release in the year 2011, Angular technology has come a long way becoming the talk of the information and technology industry. 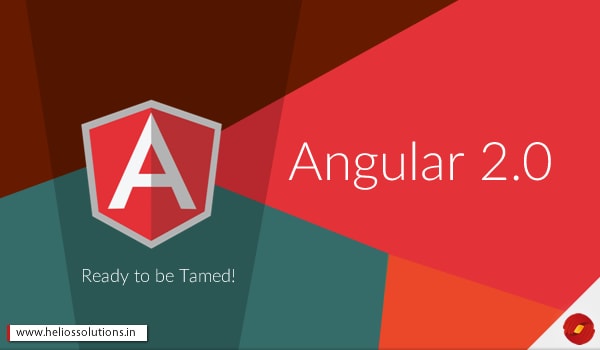 The company wrote the following in the announcement:

“Angular 1 first solved the problem of how to develop for an emerging web. Six years later, the challenges faced by today’s application developers, and the sophistication of the devices that applications must support, have both changed immensely.”

Dependency Injection is Next Level

Angular technology is known for its dependency injection feature. It is design pattern where an object is passed its dependencies. It has worked great for modular development and also for component isolation. But in the first version, the implementation has few issues. And those issues have been addressed in the latest version. They have added the new feature like child injectors and scope control which makes Dependency Injection the highlight of this release.

This feature comes with all the features of the parent but this injector has the capability of overriding itself at the child level. You can work easily according to the requirement where difference object can be called and automatically overridden.

The final version offers an improved DI library that enables instance scope control. Web development experts can have better control if they use this along with the child injectors and their scope controllers.

The new version comes with AtScripts which provides with tools for integrating functions to the metadata enabling object instances with required information to the DI library. It will be easy to override parameter data by supplying an Inject annotation.

AtScript is now being used for development with Angular 2.0 to produce ES5 code. It uses TypeScript type syntax to generate runtime type assertions. So you don’t have to do compile time checks. Although, you can still use plain JavaScript code to write code for Angular apps.

Angular developers are feeling blessed since the release of the Angular 2.0. The first version was built with the idea of handling very simple and basic cases. But Angular 2.0 has much more in store for web developers offering simple and extensible JavaScript framework. The following are the new features in the routing:

Among the Major Improvement in Routing:

This feature will enable web developers with control over the navigation of development lifecycle with the help of set of can* callbacks. This will allow the developers to return absurd values and also replace for that value and even use navigation command.

Among the best improvements in the router, the child router will help in converting each component into a smaller application with its own router. This will help developers in creating high quality solutions.

The pipeline architecture offers smooth function to add steps to the architecture and remove the unnecessary steps. It also allows the developers to make server request in order to verify a user and load data for controller.

This is a brand new feature in Angular development and it will allow the developers to add new directives or controllers while in the process of development.

The new version comes with a logging service diary.js. It is feature that will enable developers to measure the time spent in building an application.

Angular 2.0 is indeed winning the hearts of the Angular Development Specialists by offering such interesting and exciting new features. According to the Angular developers at Helios Solutions, this version is going to make development process easier and faster where they will be able to produce better quality of solutions.

Keep tuned in because we will be coming up with an article that will add to your understanding of why you should select Angular 2.0 for the next web application development project. Have a nice day! :)

Responsive Website or Mobile App? Know what is better for your Business!

AngularJS vs. React: Which JS Technology is Better?