With some simple touches on our phones or tablets, we connect to the world in seconds, knowing every growing aspect around us and exchanging information with different people from different parts of the world. From personal to professional, technology has been the integral part of what we do and how we do.

We believe in technology and we have invested ourselves to learn and explore the technological aspects from every medium. The future has a lot to offer and that does overhaul our lives with some techs that might just be the Gods of everything. 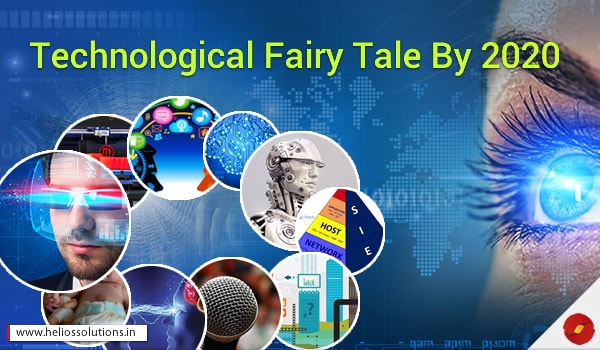 We are already seeing 3D printing in tool and toys and clothing even adding Body parts to the list. 3D printing is the process of Additive manufacturing where object is created by adding material layer by layer. The world is seeing the growth of 3D printing rapidly, the data given by IDC (International Data Corporation) suggests that by 2019 the spending of 3D printing will be nearly from 11 Billion to 26.7 Billion approximately. A growth in the Healthcare can also be seen as the stats suggest about 14.7% growth over the period of 2015-2019. From 3D printed organs to giving hands to people who weren’t born with one. The society might have to tighten their shoelaces for the 3D printing future upon them.

By the end of 2017, the 2/3 of Global 2000 enterprises CEOs will be having digital transformation in their corporate strategy (by IDC).  With the use of powerful data analytics it will accelerate growing adoption of Cloud and increase their enterprise mobility. With more and more smart phones been manufactured and equally consumed by people more and more connected device shall create the internet of things accompanying with Social Media. With hybrid cloud services better and efficient responses will be calculated and create a work space for the new tomorrow. This will evolve the customer and employee experience which henceforth will provide with better cyber security as well. So going all Digital by 2020 will make a world a place where devices will be the heart of everything.

Is there a future where AI will be a graduate ? Well maybe. In machine learning, deep neural networks move beyond the classic computing and information management to create systems that can learn on their own. Let’s say, if a computer can improve its performance task based on its past experience, we may see that the machine has learnt a few things. With that being said, more work will done by the AI and humans will only have to program them to accomplish the task. Algorithms will take over manual work which in result will have less efforts to make and get more efficient results.

From smartphones to smart cars and other wearable objects, these autonomous agents will provide better information and guidance without going through hundreds of menus or forums. With Microsoft’s Cortana or Apple’s Siri,these virtual personal assistants are getting smarter and they shall be providing us with a dynamic and contextual actions in the near future. With these agents a post app world shall be seen.

5. The Architect of Cyber Security

The traditional methods of blocking or other things will have an overhaul in the upcoming years. Sites are hacked and taken down within minutes these days. A better architectural design to act in real time and with user behaviour analytics which in return will help fulfil an adaptive security architecture.With Quantum computing, bits are replaced by quantum bits based on its rotations around the Nucleus and a company like Microsoft have already put this into practise. Thus it shall help to  companies to predict the future and unlock the longest keys of encryption.

6. The Industrial Internet of Things

A study by Mckinsey Global Institute estimates that IOT will generate $ 11 trillion of global economical impact on an annual basis of 10yrs from now and a significant proportion will be from Industrial of IOT. For eg. Connecting sensors to a field base equipment will help the maintenance team to act before the damage takes place. Emergency repairs and costly downtimes  will help the service technicians to be there and  with the only required parts to use.

When we read and a certain word comes up but we are unaware of its meaning, what do we do? Grab a dictionary or Google it which  is quite tedious. But what if the word itself speaks and tells us the meaning of it? Is that the future? Well yes. Design Incubation Center has something called a Touch Hear concept, where sensors will be placed on our fingertips and it helps us receive information whenever we tap on a word in a book and it also does the  translation of  foreign words for us. It still might be far from our reach but with the rapid growth of techs and innovation, we might just have it in the near future.

Some are gifted to read others mind but what if everyone could actually read what is there in another persons mind. In 2013- University of Washington got a breakthrough in human technology with telepathic interface between the human brains. They created an EEG cap which was worn by a person which enabled him to control the actions of other person who was supposedly wearing Transcranial magnetic stimulation coil. But as of now the technology only reads certain kind of brain signals and not thoughts. This might be coming in the future, which is equally scary and exciting.

Yes, the odd it sounds the real it will be in a near future. Technology is evolving in every bits and pieces these days. With health care seeing a different trends nowadays, people are more concern about their lifestyles and eating habits, which has given birth to wearable objects and other fitness trackers techs. But one change which can be seen in the future that might change the Health Care industry and that is the birth of custom made babies. This is where parents will select the traits they want in their unborn child, with a new type of in-vitro fertilization procedure that allows the doctors to transfer mitochondrial DNA that transfers from one women’s egg to the egg of another women. This might be a tricky subject but it just might be the big thing of the future

The real world exploration is not everyone’s cup of tea. A virtual world where there are limitless possibilities for us to explore with our power of imaginations. Learning will have a different approach where students will delve right into the virtual world where they can experience new things and learn easily. The world again isn’t ready for it as off now but that’s what  the future is for, where many aspects to dealing and learning of new things will be a part of Virtual Reality. It basically removes our reality to a computer generated reality. The virtual reality will hit $150 Billion disrupting mobile by 2020.

We might see new innovations coming soon but the future definitely holds too much of techs to hit us, say it around 2020.

How to Choose the Right IT Solution Provider?

The Notable Tech Trends of 2016