HomeTechnologiesVRVirtual Reality Will Become a $15 Billion Industry by 2020

So far Virtual Reality has been a clear highlight for 2016. VR has kept itself in the news for a longer period of time now, as it is set to be the next big thing in the coming years. According to reports released by Research and Markets, the virtual reality industry will be worth $15.89 Billion by 2020.

With the recent releases of high profile devices like Oculus Rift, it is believed that 60% of the growth will be seen every year for the next 5 years. Over the course of time, it won’t be just a thing enjoyed by the techy but will be a major platform for business, entertainment and gaming. 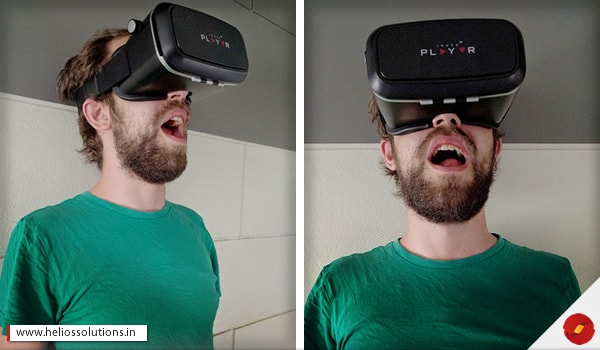 The reports also talks about augmented reality technologies like Microsoft’s HoloLens, which is also the part of the VR market. The report suggested that VR headsets will see more popularity than AR.  VR will have a deeper impact in the future market.

There won’t be any stoppage to VR’s growth in the near future, and it is believed that North America will be seeing the fastest growth followed by Asia-Pacific region.

Growth has its own pace to reach out amongst people. People will slowly and gradually adapt to the technology and with the new VR headsets coming, growth will certainly see a rise over the period of time.

The software of VR has proven to be the catalyst for the industry, to raise its value and certainly play a vital role. Mobile App Development Specialists have also targeted VR centric apps to flourish well among the consumers.

Large amount of this software will be targeted directly to the consumer, as the gaming and entertainment will be something people will be more excited about.

VR will not only stick to entertainment and gaming but we are likely to see a rise in industrial, business and medical applications as well, as the reports clearly highlighted  VR has its potential for  health care and training both.

Research and Markets suggested that growth of VR will also see a drop in the near future that will also highlight the limitations of the technology. The drawbacks that were seen by the users were of low resolutions and how much they can move their heads while wearing the gadget. But yes, the ones who have tried Oculus Rift might well disagree.

Concerns were also shown around display latency and the devices consuming more energy that would directly affect its performance. Everyone these days have a computer but there are many who don’t own powerful computers but they expect decent results using their laptops or their above average desktops.

To conclude, Sophistication comes with Age, VR devices might have its pros and cons but that doesn’t mean it will be the same in the year  2020. Hopefully they’ll be less energy intensive and the current problems will just be the things of past.

How Virtual Reality and WordPress are Powering the Future of Web Design?

Microsoft is All Set to Showcase VR on Windows Platform

All about Virtual Reality (Infographic) by Helios