HomeMobileResolving The Doubts About Xamarin

It is quite fair to say that we are accustomed to the idea of how technology is rapidly changing and improving these days.  But even today, when people discover new things, they are likely to get skeptical about it. Like a framework to make an application, which would unfold quite easily on multiple platforms and more importantly would also look and function 100% natively- Xamarin framework.

You cannot blame people for doubting it: “If Xamarin is efficient enough, then why hasn’t it put an end to native development yet?” 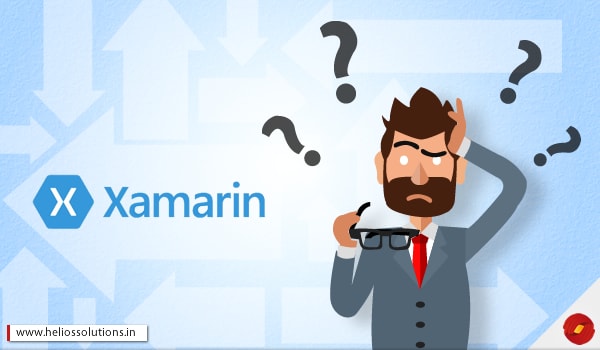 The fact that surfaces’, putting an end to native development by anything is nearly impossible as many major corporations would prefer using it, even if there is a much stronger  alternative in the market.  Again, this shouldn’t be the reason to disrespect the capabilities that Xamarin possess and belittle its definite potential.

See Also : Are You Ready To Experience The Power Of Two: Xamarin And Microsoft?

The benefits of Xamarin

Here are some key benefits of Xamarin applications:

People might take these things as a marketing strategy. This article will help you understand and clear most of the doubts you have about Xamarin applications.

The Capabilities of Xamarin

If an app is written in C#, can it deliver a near-native performance on Android as well as iOS?

Xamarin processes C# in its Mono virtual machine for it to be executable on iOS and Android.   When it comes to iOS, C# is assembled into the machine code, where rest of the Objective-C apps are assembled into. Things are different with Android, as it is translated into Mono VM bytecode. Later the bytecode is organised and also communicated to the Android’s built-in VM-Dalvik.

Both for iOS and Android the route remains the same for Objective-C and Java codes, and the ultimate code of any Xamarin application is handled as it was native. Xamarin apps’ performance might not be near, but it is truly native.

There are other non-native development app that have quite openly admitted that their applications do have certain limitations. The question here arises is, what makes Xamarin different?

Unlike  the hybrid Cordova like development platforms, Xamarin does not  produce applications  that are contained in invisible browsers and basically are web applications with their ensuing disadvantages in performance.Since Xamarin apps are actual applications that speak the language of the platform they are build for, they are not limited by anything. They directly address the OS and so can easily connect to the devices’ hardware and perform with the speed, familiar for native apps.

Apps that aren’t native are not likely to be native in design. True?

Xamarin doesn’t interfere with you on your Design choices; it simply leaves the design choice up to you.  If you are willing to make your app to look and feel like native, you can develop it with Xamarin (Android / iOS).  With this type of Xamarin framework, it becomes quite convenient for the iPhone Specialists and the Android App Development experts to edit every given screen of an application and design accordingly to the looks of the respective platforms.

Now, from the common C# codebase of Xamarin, you get both Android as well as iOS apps.  With in comparison to the implementation of the two native applications, you would only require to hire a  lesser number of C# specialists. This makes things generally easy and in business logic quite cost effective and even the mistakes can be corrected easily.

With all that being said, Xamarin delivers on what it claims to do. You need to understand the very nature of Xamarin and avoid listening to market bluffs and false claims.