HomeTechnologiesIoTWhy IoT Security is Critical for its Mainstream Adoption?

While almost anything and everything can be connected to the internet today, stealing sensitive information such as passwords or bank details isn’t the purview of thriller movies anymore. You are not taken aback, right! Because news of Internet of Things (IoT) breaches often keep hitting headlines these days.

In today’s post we would discuss why Internet of Things security concerns are increasing and how to address them. We would touch the following points for a complete analysis of IoT security:

Let’s take a dive into the connected world and make an attempt in understanding IoT security issues and ways to address them.

What is IoT Security and why so much emphasis on it?

IoT security is the realm of endeavour which deals with protecting connected networks and devices in the Internet of Things.

According to cybersecurity expert Bruce Schneier, “your security on the Internet depends on the security of millions of Internet-enabled devices, designed and sold by companies you have never heard of”, and the worst part is that many of these devices don’t even have a way to be patched.

More than tens of millions of devices are getting computerized and connected to the Internet of Things globally and every aspect of our lives are going to get affected by these devices. This is because those “Things” are nothing but fitness trackers, home appliances, medical devices, thermostats, light bulbs, cars, smart streetlights, etc.

Why IoT security has become an issue of high concern?

According to Gartner report, more than 25 percent of identified attacks in enterprises will involve IoT by 2020.

The massive IoT-based DDoS attack against the DNS provider Dyn in October 2016 had disrupted access to popular websites including Reddit, Spotify, Twitter and the PlayStation Network. Dyn confirmed that the Mirai botnet was the primary weapon which exploited the vulnerability in IoT devices like webcams and digital video recorders. 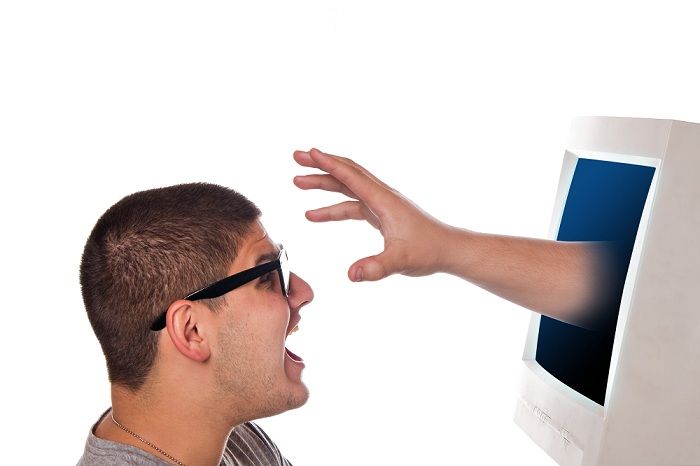 “Despite continued security problems, the IoT will spread and people will become increasingly dependent on it. The cost of breaches will be viewed like the toll taken by car crashes, which have not persuaded very many people not to drive.”

Reasons behind the importance of IoT security

Let’s take a look at why IoT has become an attractive target for cyber attackers and why its security is of paramount importance:

Hackers can exploit the vulnerabilities and security loopholes present in IoT solutions for carrying out malicious activities like changing device settings, authorizing other users to control devices remotely and also monitor live feeds.

For instance, in an Internet-connected car hackers can unlock the doors remotely and even shut it down while the car is in motion.

As the number of IoT devices in our lives increase, hackers will be able to break into our lives through multiple doors. The hacking of medical devices to steal health data gathered from health tracker devices or from smartwatch apps could pose serious consequences on a patient’s health.

Presence of data predators in the IoT ecosystem 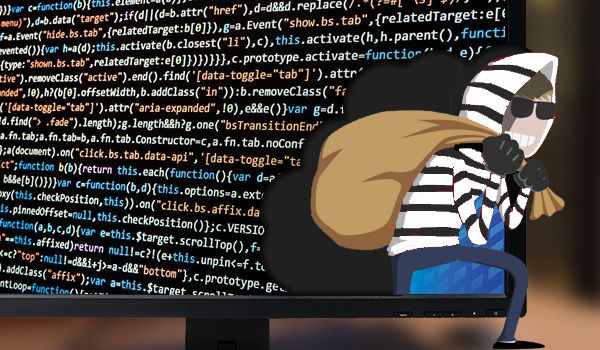 Are you really up with your fitness regimen? Then health fitness watch on your wrist must be encouraging you to stay fit by providing you with real-time health and fitness statistics.

What if this critical health data generated by your fitness watch becomes a target of a malicious entity? Scary, isn’t it!

IoT devices not only generate data but they also intercommunicate with other devices and transfer a plethora of information.

Therefore, enterprises having hundreds of internet-enabled devices need to be extra cautious regarding their security measures as the colossal amount of data gets generated and transferred among the devices.

Third parties can be data predators or potential preys

In case you are wondering how your data can get misused, then you must know that there are multiple possibilities.

The company that gathers data might have foul intent and choose to misuse the data. Instead they might sell the data to someone with malicious intent.

Another instance could be that the company that collects the data for authorized reasons might get hacked and the hacker abuses the data.

In near future we can expect the government to introduce protocols for data collection and storage to evade the fear of data misuse.

You are under watch, beware! 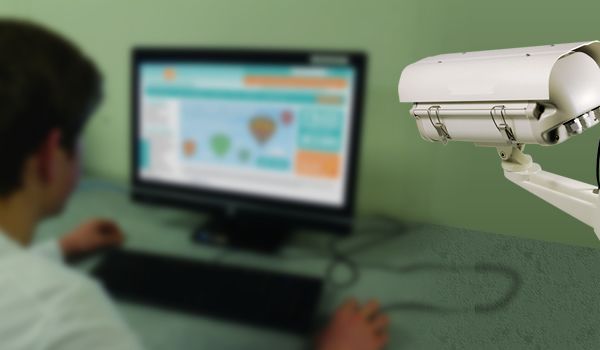 If IoT devices get hacked then you are at risk of getting spied because IoT monitoring is for real. Moreover, businesses need to be extra careful and well aware of the risks IoT brings along because enterprise IoT adoption is on the rise.

Similarly, manufacturers should also know that if they fail to manage the security of the devices designed by them then they could pose serious threat on their customers’ privacy. The data collected by the devices could get leaked exposing the sensitive information of their customers. This in turn would lead to customer dissatisfaction and translate into fewer sales in future.

Furthermore, companies are more focused on fast shipping their products as there is manifold increase in competition and customer expectations as well. This in turn leaves loopholes in the products shipped leading to compromised data security.

IoT hardware manufacturers are still not equipped enough to integrate the best possible security protocols into their IoT devices. They are also equally responsible for compromising IoT security as their software counterparts because they are also part of the IoT ecosystem.

However, we expect to see more investment coming in as the global IoT market matures, driving IoT security standards and improvement in IoT security solutions.

Security of enterprise IoT is a greater concern

Security team experts at Helios believe that from a security perspective, the enterprise Internet of Things is at a greater risk than your smart wristbands, toasters or refrigerators.

Especially, industries such as insurance, finance, entertainment, media and healthcare could have security breaches that are unthinkable. Hence, they must consider the potential risks before installing connected devices and should not ignore carrying out proper research.

What are the challenges to achieving a secure IoT? 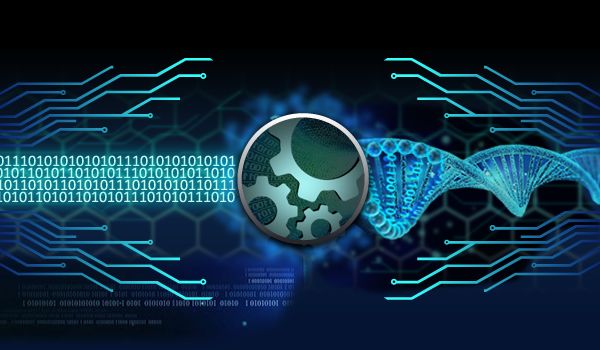 According to Forrester, four key challenges hindering the way to a safer IoT are as follows:

Let us explore some ways to make connected devices immune to security breaches:

This approach also helps to evade the much complicated and costly attempt of adding security to IoT softwares once development and deployment is complete.

Security by design is a proactive approach to build security into your IoT infrastructure from the very foundation. Likewise, once your IoT devices are built with this systematic approach of security by design then there is no need for your customers to rely on protective third party tools.

To ensure security of Internet-enabled devices you would need to secure the gateways that connect IoT devices to your company network.

IoT devices go through a one-time authentication process only and as they are always connected to Internet, they are more prone to hacking and serve as the source of infiltration to the company’s network.

Therefore, securing these gateways would ensure safety and security of the overall system.

Ensuring that data repositories are secure

Considering the fact that data theft cases and massive data breaches are have increased over the years, it is of utmost importance to put more efforts towards securing these data repositories. Moreover, companies must have robust data backup strategy and the security team should know how to restore data after a security breach.

Companies need softwares for their computer networks, laptops, desktops, wireless routers, network switches and other devices. They must keep them up-to-date with latest and authentic manufacturer security updates. This would help them to protect their devices against any security breaches. 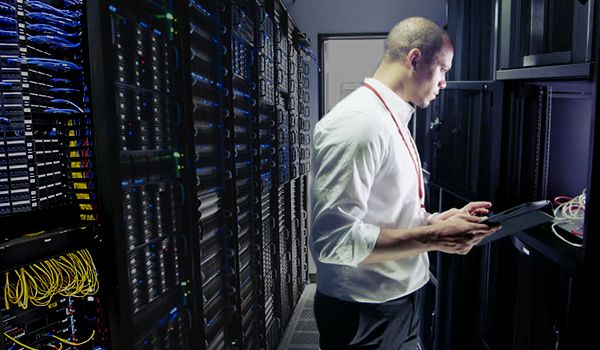 Taking into account the importance of IoT security, you should consider appointing a dedicated team or person to create and maintain security measures.

It has been observed that most of the security breaches that have taken place are the result of human errors. Someone in your company might get careless and unsystematic causing an error which in turn can pave the way for major security breaches.

You should also train your team or security person to act promptly in order to immediately address any loopholes as and when they are found.

Security researchers have shown that Internet-enabled cars can be taken under control remotely. They have also unveiled vulnerabilities in implanted medical devices and showed that home thermostats are vulnerable to ransomware.

Since the risks are too high and computers are capable of affecting our world in a direct as well as physical manner, cybersecurity expert Bruce Schneier asserts that government must get involved in the IoT security by imposing stringent security regulations.

Schneier suggests that government could at least impose minimum security standards on IoT hardware and software manufacturers. This would force them to make their devices secure even if their customers do not care. Besides, manufacturers must be liable to punishment if their devices are used in any attacks.

Be the IoT security evangelist

Being an end consumer of devices you can become a security evangelist by making sure that you purchase devices which have security by design or rather say built-in security. You can also let the manufacturers of products lacking security know why you have not bought them. This would create awareness among the companies and consumers too.

Moreover, remember to secure the devices that you have purchased by changing the default username and password. Also enable their security features, and keep in mind that the devices should include the ability for encryption.

Deploying AI and machine learning to stay ahead of security threats

While IoT security is posing a great challenge for companies, CEO of Nemertes Research, Johna Till Johnson confirmed that AI and machine learning are making a significant difference in how fast companies can respond to threats.

AI adapts and learns about threats in real-time by analyzing large data sets which are often fragmented and overlapped with one another. It can also predict behaviour based on the current data sets and make your IoT infrastructure to prepare for a potential data breach.

However, AI can be only as intelligent as the data sets it analyzes; therefore make sure that the data sets fed into the AI engine are accurate.

Today the market is aflood with Internet-connected home appliances which not only offer you convenience but cost-savings too. However, security researches fear that vulnerabilities in these connected appliances could lead to crimes that are quite harder to detect or trace.

Likewise, IoT devices in organizations can serve as open doors for hackers to walk in if proper security measures are not in place.

If you are interested in IoT app development then collaborate with our software development experts and move forward in your IoT journey. All the best!

Top 5 Software Development Trends That will Take Over 2018